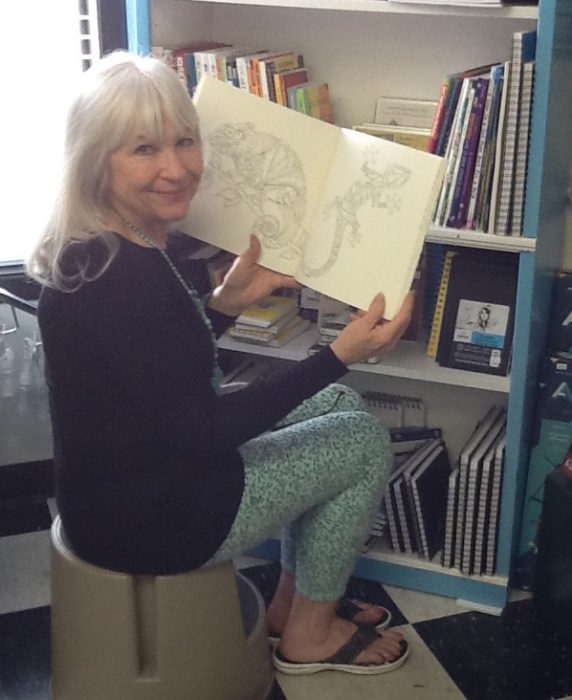 Write and perform original pieces for the stage and screen in theatrical productions of monologues, scenes, vignettes, music and dance, depicting women’s personal stories that affirm the regeneration of their experiences through time and culture.

Will participate on a panel of five women, moderated by Brigadier General Clara Adams-Ender, retired Army flag officer who once directed the U.S. Army Nurse Corps. We will share how our creative spirits played roles in our journey to healing, and how the arts can promote mental health. The panel consists of a composer, poet, writer, and artist.

Painted a viola and a cello to raise funds for the LA Public Schools Orchestra Program in partnership with the LAPS Foundation.

The University of Arizona, Tucson

Provided original illustrations and short story for student testing/assessment of knowledge and skills in compliance with national guidelines and regulations for public schools. Grades 3-12.

Contracted with Professionals to the World to provide fifteen illustrations and book cover, published in a book used in the Honduran private schools as a study guide.

Designed original archaeological illustrations for use in an educational trail guide.

Contracted to paint five archaeological renderings for inclusion in the permanent collection.

Educational Lecturer and docent. Conducted lecture tours for engineering students from Colorado School of Mines in an enrichment program designed to introduce engineers to the fine arts

Designed logo for use in their yearly national campaign.