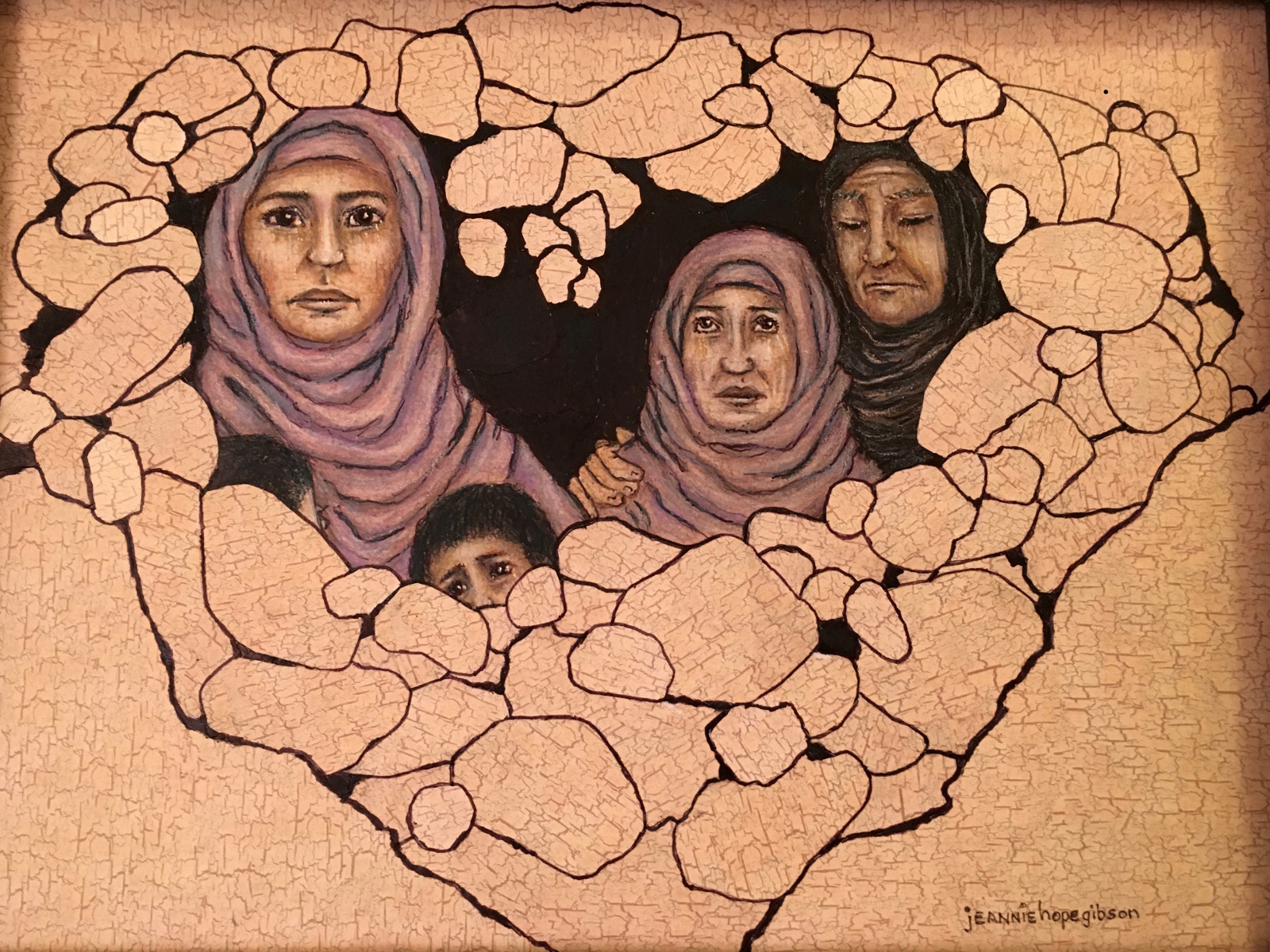 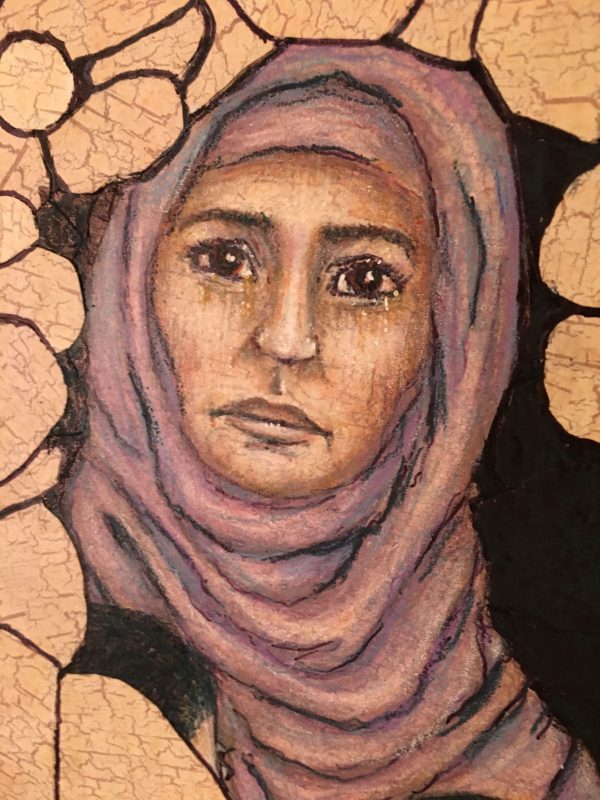 In the dust and the ash of war,
Earth and sky are turned to gray.
With clouds of smoke that darken the light,
While night creeps to smother the day.

No one hears those beating hearts
Lost in the fires of burning debris,
Trapped within rubble of broken walls,
Alone and afraid, unable to flee.

Explosions of bombs molest the earth,
Echoed by shrieking and cries.
Roofs collapse into jagged holes,
Revealing the smoke-blackened skies.

A beast with a raging anger
Batters the walls of their room,
Hungry to feast on the beating hearts
Trapped in the thick gray gloom.

Fierce is a mother’s devotion,
More so in the vile face of death.
She holds her babies more closely,
Croons low beneath her breath.

A lioness by her courage,
Stalked by the battle’s roar.
Ready to kill for her children
In the dust and the ash of war.

< Back to the Walls Journal Series