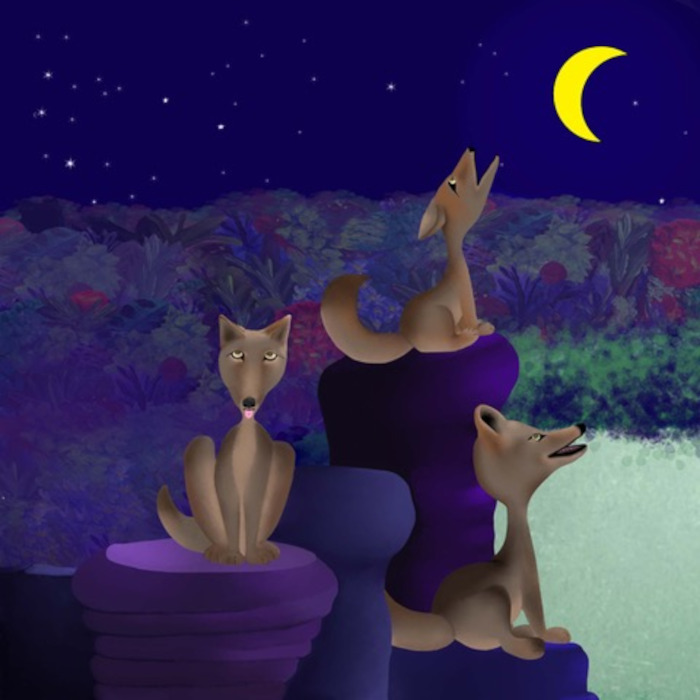 I still remember the night Landry Crispin
drank too much and ended up in a bar
in Nowhere, Arizona.
This is what he told me when I was eight
and lived on the Navajo Res.

“The night was purple
and cluttered with brilliant stars,
and the sliver of moon was a golden grin
tumbling across the sky.
I was pretty blitzed,
before I ever walked into that saloon,
where, to my utter amazement,
I swear it’s true,
it was filled with coyotees
of all sizes and colors,
slouching at the bar all in a row,
slurping their beers,
trading insults and jokes.
The waitress was real pretty,
in a jaded, coyotee sorta way.”

At this point Landry Crispin stops
and peers at me intently
under bristly white eyebrows.
My eight-year-old self is captivated,
thrilled by the idea
of Coyote Karaoke.
So he continues.
“Sure ‘nuff, when the music began,
those creatures hooted and howled
and fiddled all over the stage.
One shapely young lady with green eyes
sang a special song just to me.
I never heard such sweet yodeling.
That was quite a night.