A black stain against the night sky, a rigid, unforgiving sentinel rises out of the darkness looming high above him. He had trudged many miles, in his bare feet when his sandals finally wore out, following the North Star through bitter cold mountains, jungles and parched deserts. Now freedom lies just beyond him, shrouded in the dark beyond the high bars which shut him out.

A single drawn-out sigh escapes his chapped lips, followed by a deep groan. Collapsing in the dirt, he lies on his back at the feet of the barred monster, unable to move, overwhelmed by profound grief. Time passes, the stars shift overhead in the night sky, heavy silence surrounds him. The bars blur into thick wavy lines as hot tears spill down his dirt-caked cheeks.

Hours pass. His exhaustion is overwhelming, yet he fights the desperate need for sleep as his eyes struggle to stay open.

Finally, before the last bit of him gives in, ready at last to surrender, some part of his waning consciousness takes in a faint glimmer of light; first one then another, tiny lights shivering on the rigid iron bars. In the depths of a sound sleep, something inside him begins to flicker and then dim, flicker and dim, over and over, finally growing into a small determined flame burning deep within his soul. 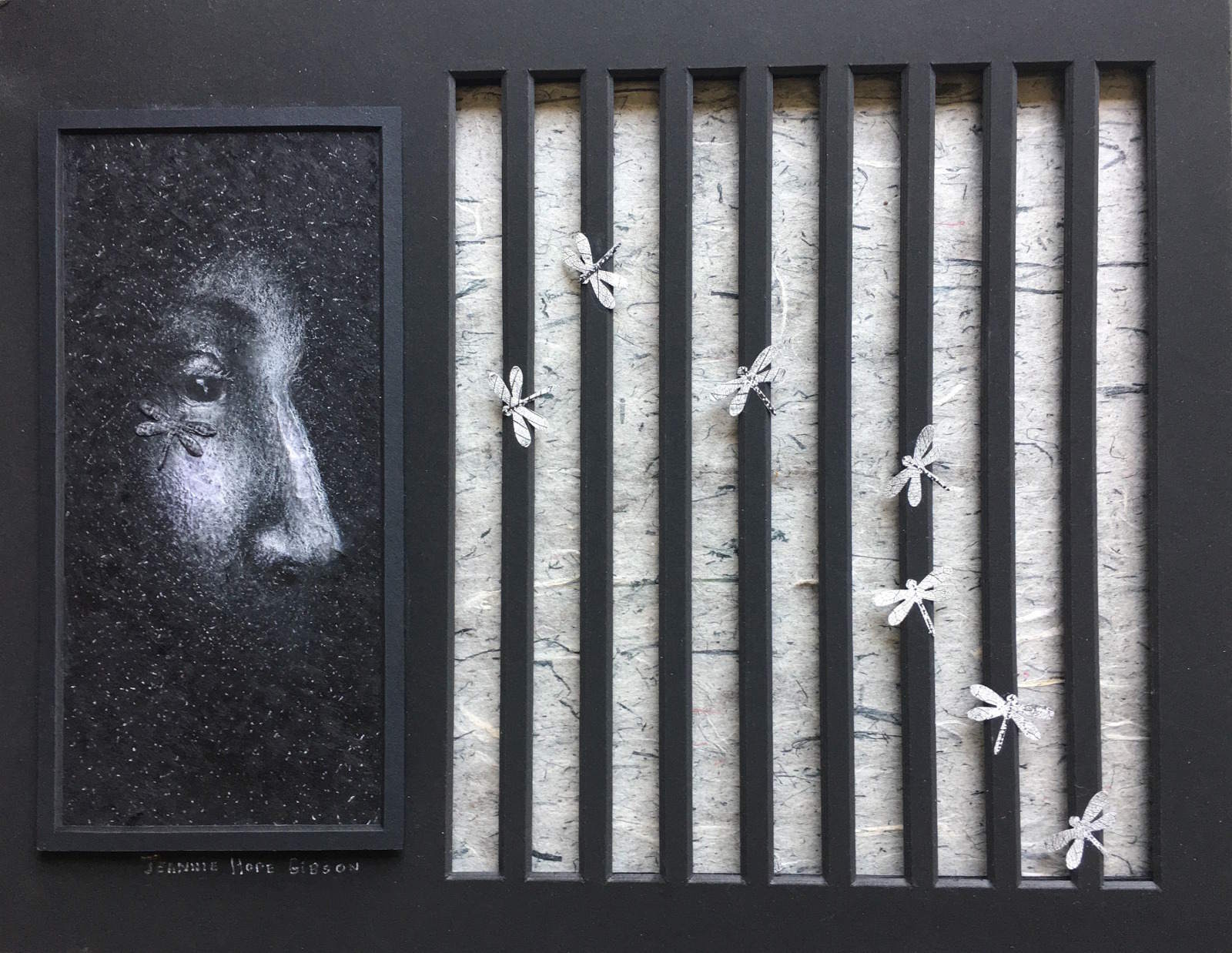 < Back to the Hope Journal Series