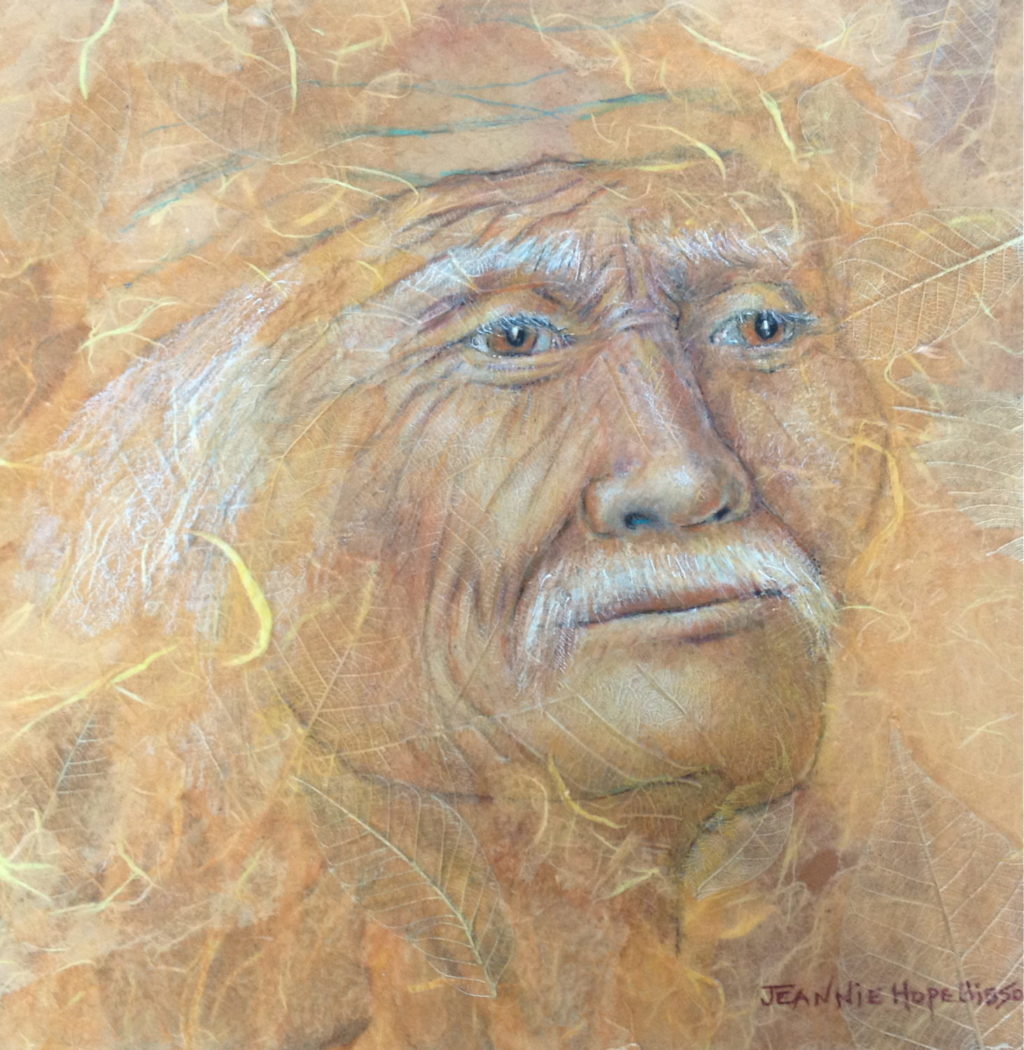 My mother named him Charlie Red Shirt. All the employees at Ft. Wingate received their paychecks every Friday, but many of the Navajo people did not want to reveal their given names. Charlie told my mother to make up a name for his paycheck.

He wore a soft felt flannel shirt of faded red every single day. It was always clean and unwrinkled. So she named him after his shirt. After trying several first names with him, he admitted he liked the sound of “Charlie.”

She photographed him once, in black and white, and kept the 8X10 image in an album. I would study it from the time I was very small. I pretended he was my uncle, and we would have long talks together. I often tried to draw him.

As I grew up my mother’s memory became mine. “Mommy, tell me again about Charlie Red Shirt.” Her sweet voice would patiently retell his story, much of which I have forgotten over the years. And I would hold the photograph and study him carefully, memorizing each feature of his face and the kindly eyes that looked off into the far away distance.

< Back to the Emergence Journals