“I am my father’s spirit. I am my mother’s heart.”

Before 1917 he had been a cavalry captain for Emperor Nicholas of Russia. Then the revolution dismantled the Tsarist autocracy, leading to the rise of the Soviet Union. As a result he was imprisoned in Siberia by the Bolsheviks for many years, and later taken prisoner by the Nazis in World War II. I came to know him when I was in high school as the groom for a wealthy couple in Virginia. His name was Victor Spechinski.

Standing at least 6’5”, stoop-shouldered from his years in the salt mines, he was a taciturn man who seemed most comfortable working with the thoroughbreds. I envied my brother, an excellent rider who also spent long periods with Victor, discussing horse stuff on a level I would never achieve.

So I would follow him around the barn after school, full of questions about the Soviet Union. The Russian newspapers lying on his little kitchen table fascinated me, and I begged him to teach me to read them. Finally one day he heaved a big sigh, ordered me to “Sit!,” and began to read them aloud. I tried earnestly to learn the strange characters that filled the pages. As I struggled to pronounce each word, so foreign to my tongue, his faded blue eyes peered sharply at me underneath his bristly white eyebrows. He would repeatedly interrupt me, patiently correcting my terrible destruction of his beautiful language. After many hours of struggle, I managed to learn the Russian alphabet by my senior year in high school.

He also insisted I learn to use his huge bull snake whip so that I could someday manage my husband when he had drunk too many vodkas. “All women know these tricks,” he informed me over and over in his thick accent. I practiced every day until he was satisfied I was competent. My legs sometimes had red marks on them from where I’d hit myself trying to control the long whip. Even so, every day after I came home from school, I’d run up the dirt road to the barn, anxious to be with this mysterious old Russian. Our odd friendship grew, and I learned that the gruff tone and manner he displayed actually hid a very soft heart.

Victor would never speak of his time in Siberia, except to say that it was bitterly cold and pitch black for many months of the year. Over the four years I knew him, I asked many times how he had managed to survive so many unspeakable hardships during his years in imprisonment. He would never answer. Finally once, after a long silence, he replied in Russian, then explained in English.

“I am my father’s spirit. I am my mother’s heart.”

I remember still those afternoons in his tiny kitchen, where I sat at the chipped formica table while he read aloud in Russian, his little glasses perched on the end of his long nose. He was such an enigma, a very private and lonely man. I’m sorry that I never really got to know him on an adult level. He died when I was 18. There were so many things I wanted to know, so many questions left unasked.

I’ve always regretted being too young to ask the right questions. 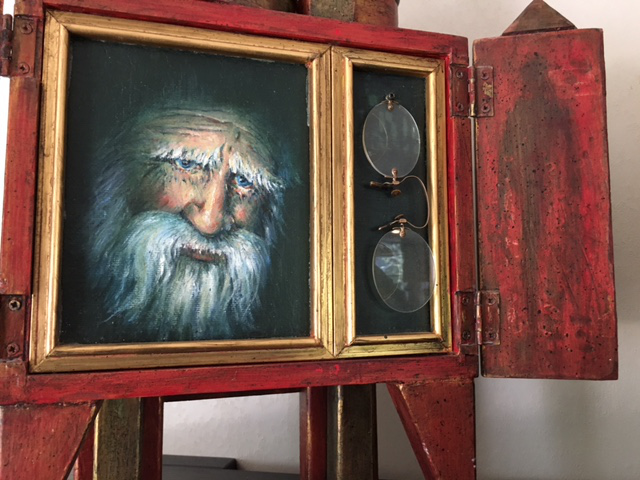 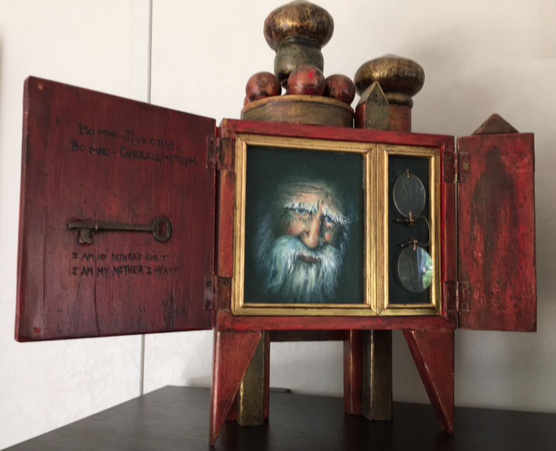