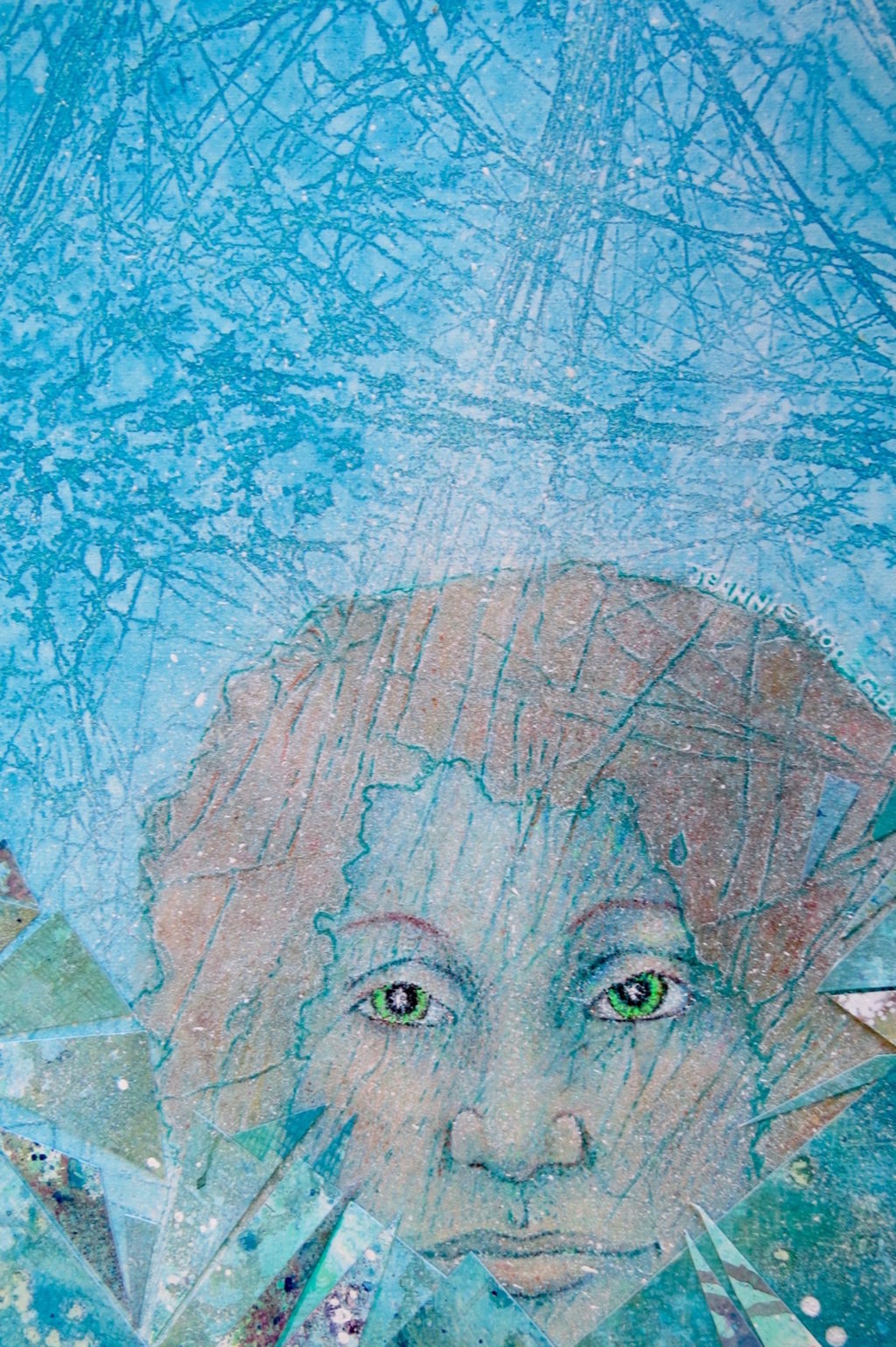 One morning in Iceland, I woke to a rare sunrise. A small flame of light flickered deep within the mist, weakly struggling to push aside the thick shroud of fog. At last it broke through, scattering thousands of blue crystals hanging in the frigid air. The glow strengthened, and grew into a ball of reddish orange, shimmering and swaying over the snow, its fire breaking the shards of ice into thousands of tiny broken jewels, crowning the white peaks towering above. Hundreds of kaleidoscopic colors, broken and shimmering, slid down the glacial walls and tumbled into the frigid arctic waters. Even then, the stubborn lights persisted in the wind-swept sea, their glow lighting up the surface as they tossed and rolled on the waves.

Many of Iceland’s ancient mothers were young Irish girls snatched up by marauding Vikings from the north, who came south to claim brides for their barren island. I think about those young women and girls, so far away from the green lands of Eire, trapped on a frigid, lonely island, surrounded by stormy seas. The Vikings originally chose this wild land built of volcanic lava as a place that would be safe from enemy invaders. The bitter cold and the active, fiery volcanos were a huge deterrent.

Their names are etched in the gravestones resting in the old cemeteries. Their DNA runs in the blood of the people living here today.
Perhaps, despite the razor sharp shards of ice and the frigid winds of frozen snow, the fire of their determination melted parts of the glacial walls, altering their course, very slowly, inch by inch, season by season.

As I watched the sun struggle to burn through the clouds gathering above the glaciers, I suddenly understood that ice and fire are not always enemies. Sometimes it is vital that we have both in order to survive.