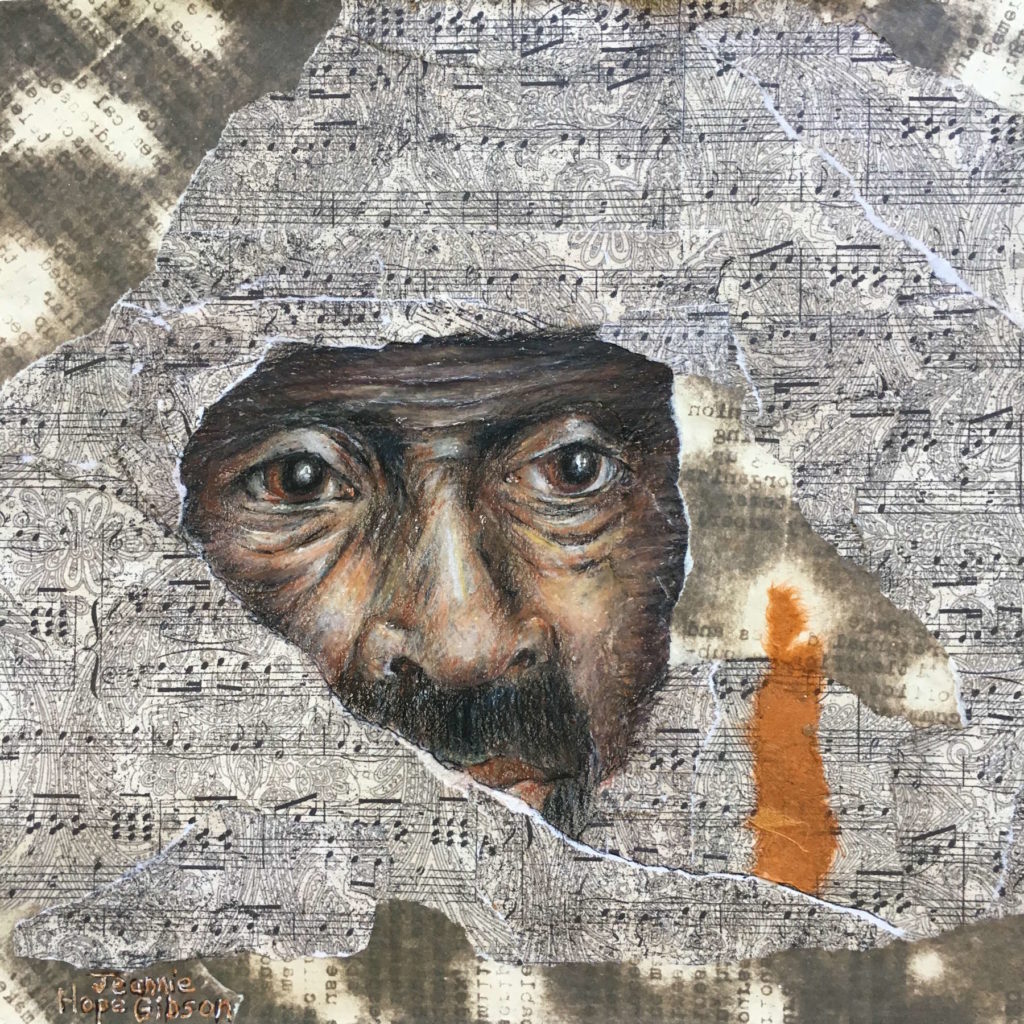 As the cell block quieted down each evening, soft crooning music began to fill the air, drifting through the walls and down the halls, where solitary figures sat on their bunks swaying slowly back and forth to the music. Low mournful notes floated around an atmosphere of simmering anger, softening the sharp edges of reality. For those hours each night a measure of peace filled the air.

Music was his life. A quiet reclusive figure who spent evenings playing a scratched old clarinet in his stark grey cell.

Sometimes as he played he smiled, sometimes tears rolled down his cheeks. Steel grey, unforgiving walls softened and retreated as the notes flew from the old clarinet. They seemed to take form as small black birds that flew around and around the walls of his cell, diving and soaring, and finally coming to rest on the bed. More and more flew out until they filled the entire room, blanketing the walls with with dozens of small black musical notes. Little birds of hope in a dark grey room.

Finally he gently wrapped his clarinet in a towel and lay down on the bunk. But the notes continued to shiver and vibrate even in the dark, soothing his troubled spirit, softly carrying him into a deep, peaceful sleep.