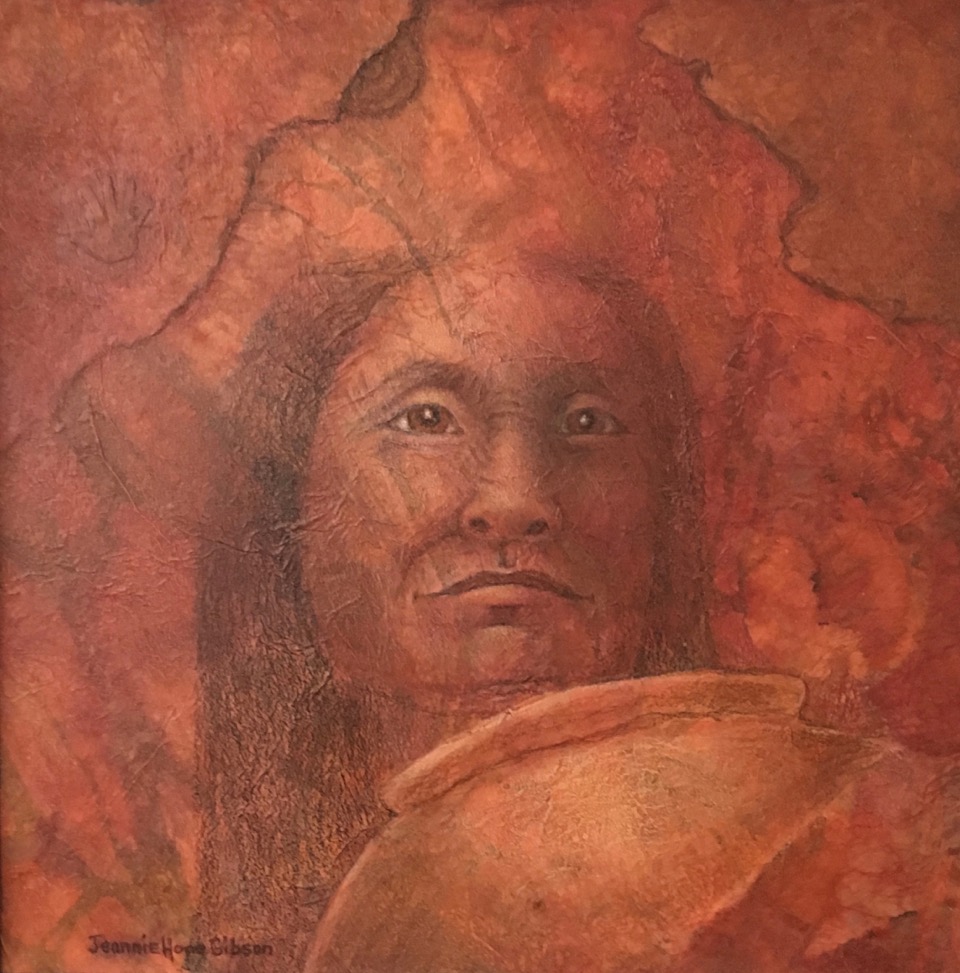 On the high ridge of a steep cliff in a remote canyon of Utah, there is a large broken pot left behind in the crumbling walls of an ancient Anasazi home. We had spent many hours clawing our way up the rocky ridges skyward towards the mysterious, silent ruin.

The pots are always the most fascinating to me, broken and scattered, half buried in the sand. Left behind by an ancient people, surrounded by blackened stone walls, I wonder about the person who shaped and fired this heavy grey pot.

A single fingerprint is embedded in the clay, left by the potter. Did they die in old age? Were they killed by enemy invaders? Did they leave for more fertile country?

Life is so fragile, so very short. Over the years the walls of each civilization pile up, one layer on top of another, leaving buried works of art lost among the ruins.

Everyone else in the group has gone back outside, leaving me alone in the silent shadows with this amazing relic that was once crafted by an artist like me.

For hundreds of years this pot has lain, partly buried, in utter silence, holding the secrets of a long-ago life. Running my fingers along its smooth surface, I hear the echoes of these ancient people softly talking, their children laughing and playing. There’s a fire crackling, and a woman grinds corn on a metate. The neatly stacked stone walls shield them from weather and enemies.

It’s well into late afternoon as I stand in the Anasazi doorway and look out over the valley miles away, where descendants in the present civilization now live and work. Among the shadowed stone walls, I pause between the past and the present, while silent echoes whisper around me of a forgotten people lost in time.

< Back to the Walls Journals