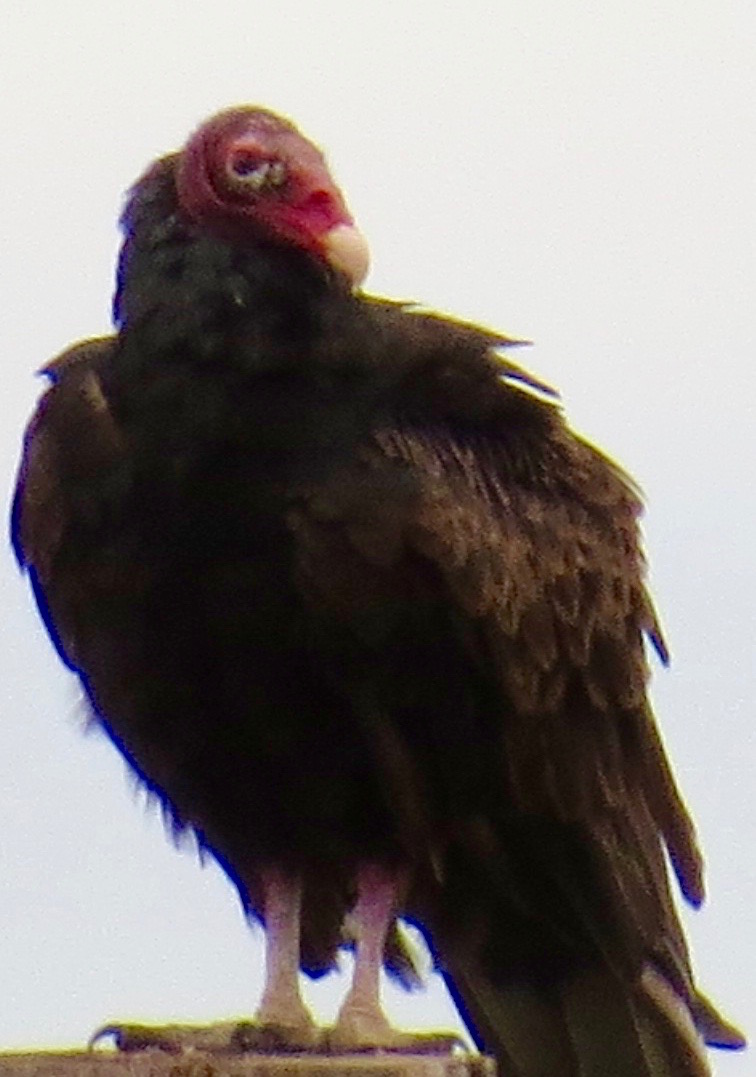 I happen to love buzzards, or turkey vultures, as some call them. In the early morning before sunrise, I follow a path right off Trinity Loop in the Western Area, past the water tank and down into the canyon below. High up in the tall ponderosas, you will find a community of dozens of large buzzards resting in the tree tops.

The forest is very still just before daylight, a church sanctuary waiting for the parishioners to come in. I sit quietly, almost reverently, on a log in the midst of the trees and look up at the silent black figures hunched on their branches high above. The sun suddenly casts a golden glow across the tree tops; and one by one, each feathered creature begins to stir. Bald heads, blackish red eyes lift to watch the glow rise above the hospital across the canyon. Then, as if in a silent dance to a song I cannot hear, a single wing is gently lifted and then another, and another. Dozens of them sit, stock still, wings spread wide to catch the first rays of morning sunlight. As the sun rises higher, each bird slowly, prayerfully begins to turn, letting the growing warmth caress all their feathers. How often my soul reaches up in the same way, to capture the warmth of God’s love.

In awe I watch their buzzard tai chi unfold, until at last a single bird lifts his wings and flies upward, followed by others, swirling and gliding as they spiral into the sky. Higher and higher they fly, the sunlight painting their black wings a golden red against the light. And then they are but black specks far up in the sky, floating away until they are finally gone. And the quiet forest, seems to sigh in awe.